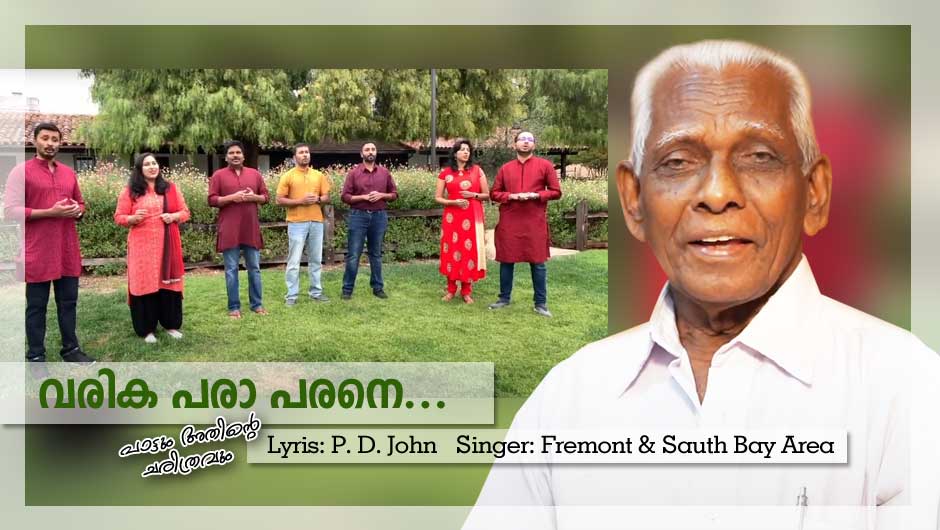 VARIKA PARA PARANE” has a very interesting background. Every year at the Maramon Convention the song “Vannidenam Yeshu Naadha” was sung repeatedly.After me and Mathai achen have sung the song on the stage,when we get down to sit on the chair.Achen used to come and say “everytime the same song “Vannidenam Yeshu Naadha”. Can you write a song that can be sung at the beginning of the convention.Next year you should write a song.We should sing it next year”. Achen’s challenge-not exactly a challenge but his desire that a song should come from me.Achen knew me as a young boy who worked with the sabha and had immense talent in singing songs by God’s Grace.He knew that I was a very active participant in Maramon Convention.Thats why he asked me if possible next year bring a song that can be sung at the beginning of the Convention. I kept thinking about it and next year at the time of the convention when they were deciding on a song. I wrote this song and submitted it.When I think about it even though I was not in the choir and was sitting behind when they sang this song as the first song I was extremely happy.Achen had inspired me to write this song.Holy Spirit spoke to me through achen and the same Holy Spirit enabled me to write the song.