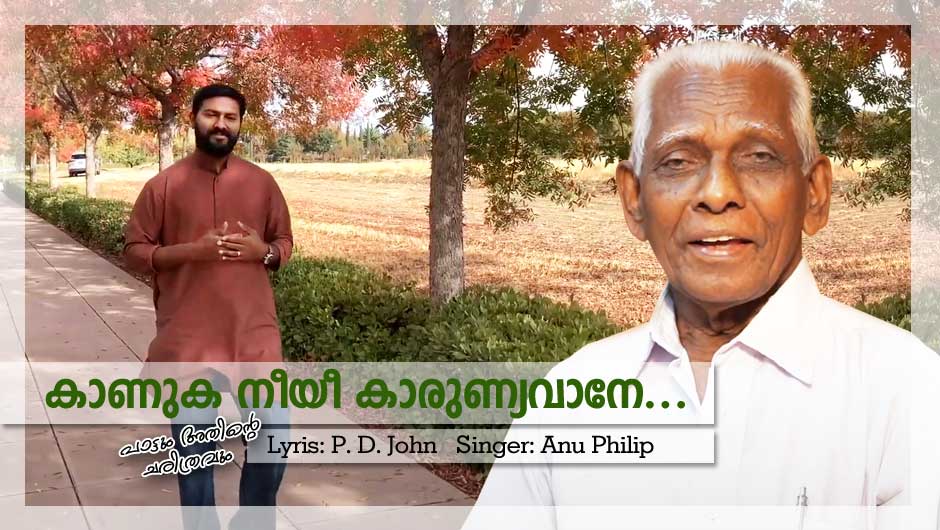 “Kaanuka Neeyee Karunyavaane” – song was written at Aanaparamba Church one passion week. We had gone to the church as part of a Yuvajana Sakhyam team to conduct a Meditation fellowship. As part of the gathering, one day as I was meditating on Christ and his love, I got an inspiration from above. I quickly reached for my harmonium and began composing this song to talk about Christ’s love and his suffering and death on the cross. So that is how I wrote and completed this song in Aanaparamba church. Later that year, the song was included in the Maramon Convention songs and the world got to hear and sing this song that was inspired by the cross and Christ’s love.