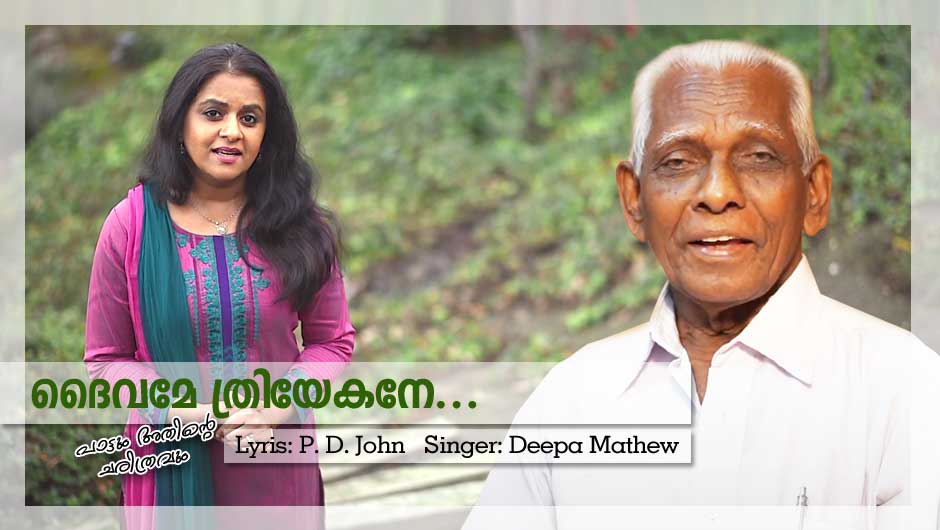 ‘Daivame Thriyekane’ has a story and inspiration behind it. The inspiration is none other than KP Philip Achen. Like I had mentioned earlier, the song “Prarthanakku Uttharam Nalgunovone” had been sung as part of the Maramon Convention and attained world wide recognition. Seeing the popularity of this song, during a committee meeting  the following year, KP Philip Achen said, “Last year’s song was excellent and is very popular. We have very few songs like that in our Sabha that can be sung during Prayer meetings. Why don’t you write a song this year as well?”. So meditating and drawing inspiration from these words of Achen, I wrote the song ‘Daivame Thriyekane’. This song was also able to gain popularity the world over and has been used  for Prayer meetings.  I would like to once again remember and recognize Achen and his words of inspiration that are behind this song.